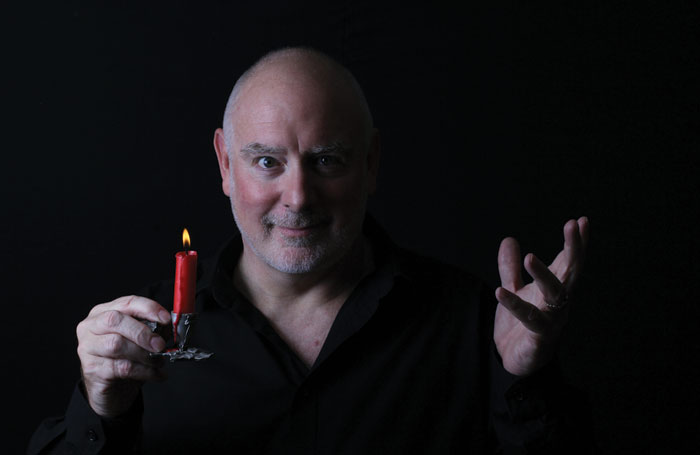 Guy Masterson is a London based actor, director, producer, and writer. His globally successful solo-genre productions led to him winning an Olivier Award for his production of Morecambe in 2010. He is also the most successful and award-winning independent theatre producer at the Edinburgh Fringe Festival where he has presented over 125 shows in 26 consecutive seasons.

Masterson’s solo production of Dickens’ A Christmas Carol has received rave reviews both on tour and at the Edinburgh Festival. Masterson’s brilliant use of Dickens’ exact words from the famous 1843 novella is intriguing, potent and entertaining.

“Masterson’s production is an understated warning and a celebration of the hope for humankind. A Christmas Carol for our time.” – Public Review

“Just when you thought you’d seen enough Christmas Carols to guide you to your grave, along comes one of the best yet!” – BBC Radio