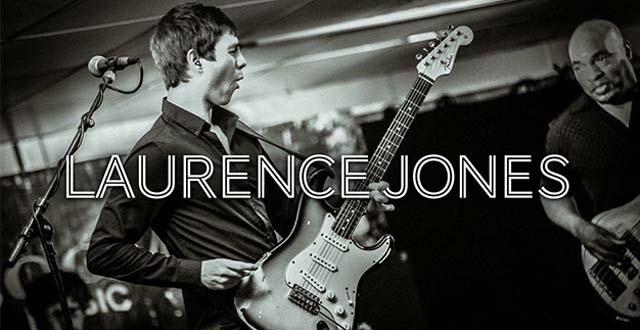 Laurence Jones – a buzz rapidly started to build around Laurence, well before the release of his debut album in 2012 “Thunder In The Sky”, and he soon began making a big name for himself.  BBC Radio 2 was sufficiently impressed to state that “Laurence is like a young Robin Trower, exciting and full of energy”.

The young gunslinger of the blues was influenced by the likes of Walter Trout, Eric Clapton, Gary Moore, Rory Gallagher and Albert Collins and at only 22, has clocked up some serious road miles from touring throughout the U.K and Europe.  In 2013, Walter Trout, invited Laurence and his band to play as support on their U.K tour and said “Laurence is a cross between Eric Clapton & Buddy Guy, he is a genius”.

Laurence recorded his second album “Temptation” at the infamous Dockside Studio in Louisiana, where the likes of the legendary B.B King and contemporary giant, Derek Trucks have recorded.  A catalogue of big names appear on the album including Walter Trout, Aynsley Lister, Yonrico Scott, Charlie Wooton and producer Mike Zito.

Of “Temptation” Classic Rock – Blues Magazine said “British band leader Laurence Jones has turned his hot-tip potential into fully formed brilliance, and officially graduated from boy wonder to main man. The future of British blues? On the strength of this album, don’t bet against it”.